9 This is how God showed his love among us: He sent his one and only Son into the world that we might live through him. 10 This is love: not that we loved God, but that he loved us and sent his Son as an atoning sacrifice for our sins.

This year was filled with disruption and for some a loss of hope. First the COVID-19 pandemic caused disruption in our lives. Infection and death rates are rising and are limiting social contact with families, friends, school, and disrupting businesses. For many, there is personal loss, worry, and economic hardship. Second, with the tragic death of George Floyd, the Black Lives Matter movement started and cried out for racial justice. While most protests were peaceful, some resulted in rioting and looting. Again, California and the West Coast had large and tragic fires. Finally, our country has been through a polarizing election that left the country and some families and friends divided.

This year’s tragic events do not change what we are celebrating. What we are celebrating in Christmas 2020 is the same as Christmas 2019. The essential and unchanging truth is that God loved us before we were born, and He sent his son to the world as a sacrifice for our sins. Let’s not lose sight of this important and eternal truth in today’s turbulent times. Turn away from the events of the world and turn toward God. Our hope is in Him. God loves us with a love beyond all understanding. Let us give thanks for the gift of his son. So yes, it is still a Merry Christmas.

Cinnamon Rolls have been a Christmas morning tradition in my household since I was thirteen. However many years ago that was, I decided I was never going back to Pillsbury cans, and that sophisticated homemade cinnamon rolls would grace our breakfast table on Christmas mornings forevermore. My first few attempts were less than flawless, but over the years I’ve gotten better at working with yeast and figured out a recipe that works like a charm every time. These are the perfect treat for holidays, birthdays, and random Tuesdays.

Heat oil, sugar, and milk over medium heat until sugar is dissolved and mixture is hot but not boiling. Allow the mixture to cool until it’s still warm to the touch but no longer hot. Add the yeast and let sit for fifteen minutes. Stir in four cups of flour. A stand mixer with a dough hook works well here, or you can mix by hand with a sturdy wooden spoon. I’ve broken multiple rubber spatulas stirring this dough so I’d advise against using one of those. Cover the dough and let it rise in a warm place for at least an hour. Stir in salt and remaining half cup of flour. You can move on to the filling right away or cover and refrigerate the dough overnight until you’re ready.

Divide the dough in half. Sprinkle flour on your work surface and roll out the first half of the dough into a rectangle. Melt two tablespoons of the butter and brush it over the dough, leaving a border around the edge. Sprinkle approximately one cup of the brown sugar and 1½ tsp of cinnamon over the buttered dough and press the filling in. Truthfully, I never actually measure at this stage - no one is going to complain that there’s too much filling. Starting with the long edge closest to you, roll the dough into a cylinder and pinch the edges together. Use a serrated knife to cut twelve rolls. To keep the rolls even, I usually cut the long roll in half, cut each of the halves in half, and then cut each of the quarters into thirds. Place the rolls in a greased 9”x13” baking dish. Repeat this process with the other half of the dough. Preheat your oven to 350 degrees and then bake for approximately 30 minutes. If your oven is already preheated, let the rolls rest about fifteen minutes before baking.

To make the frosting, whisk cream cheese and vanilla. Sift in the powdered sugar. Do not skip sifting unless you want your frosting to have unsightly clumps. A hand or stand mixer is also helpful here. Add the half and half. The frosting should be somewhat thin/runny. If it’s too thick, add more half and half a little at a time. Pour the frosting evenly over the two pans of cinnamon rolls while they are still warm or leave on the side and folks can frost their own rolls to their liking. Refrigerate any leftovers. 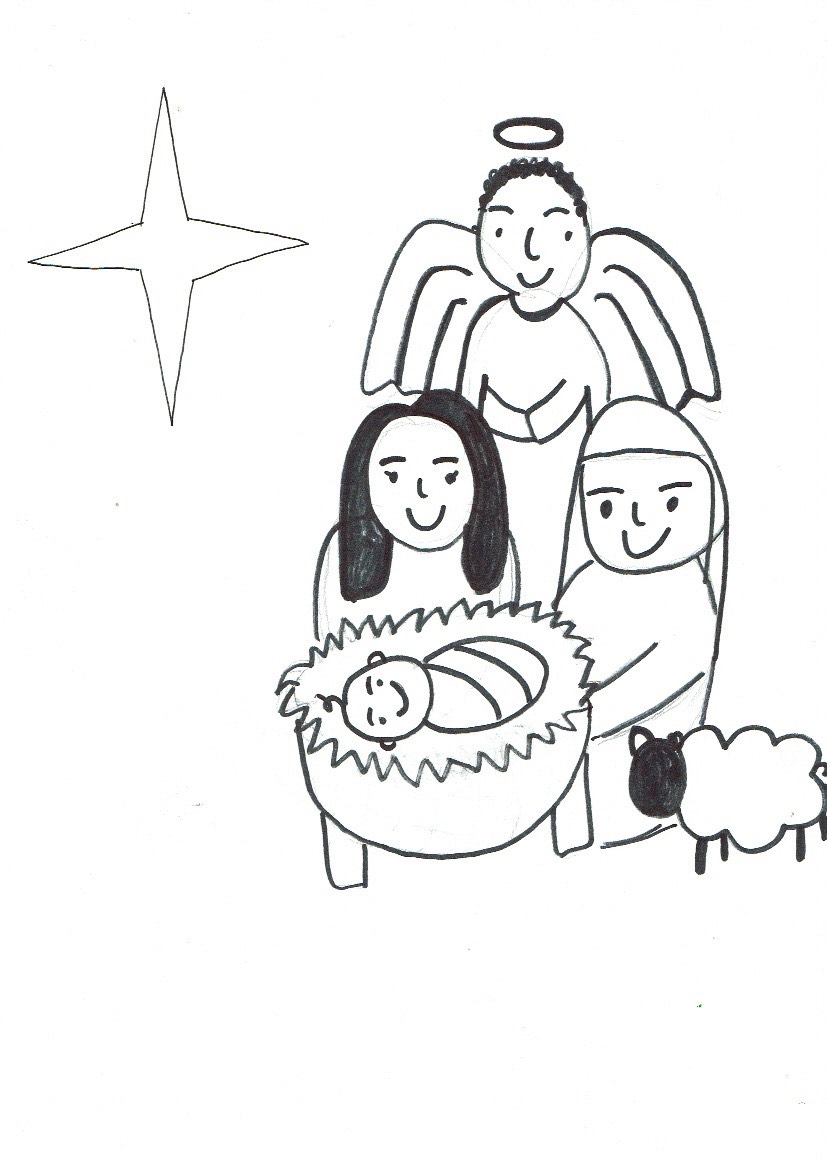