Our 2019 Summer Kids Camp directors & interns shared how they saw God at work during the camp. 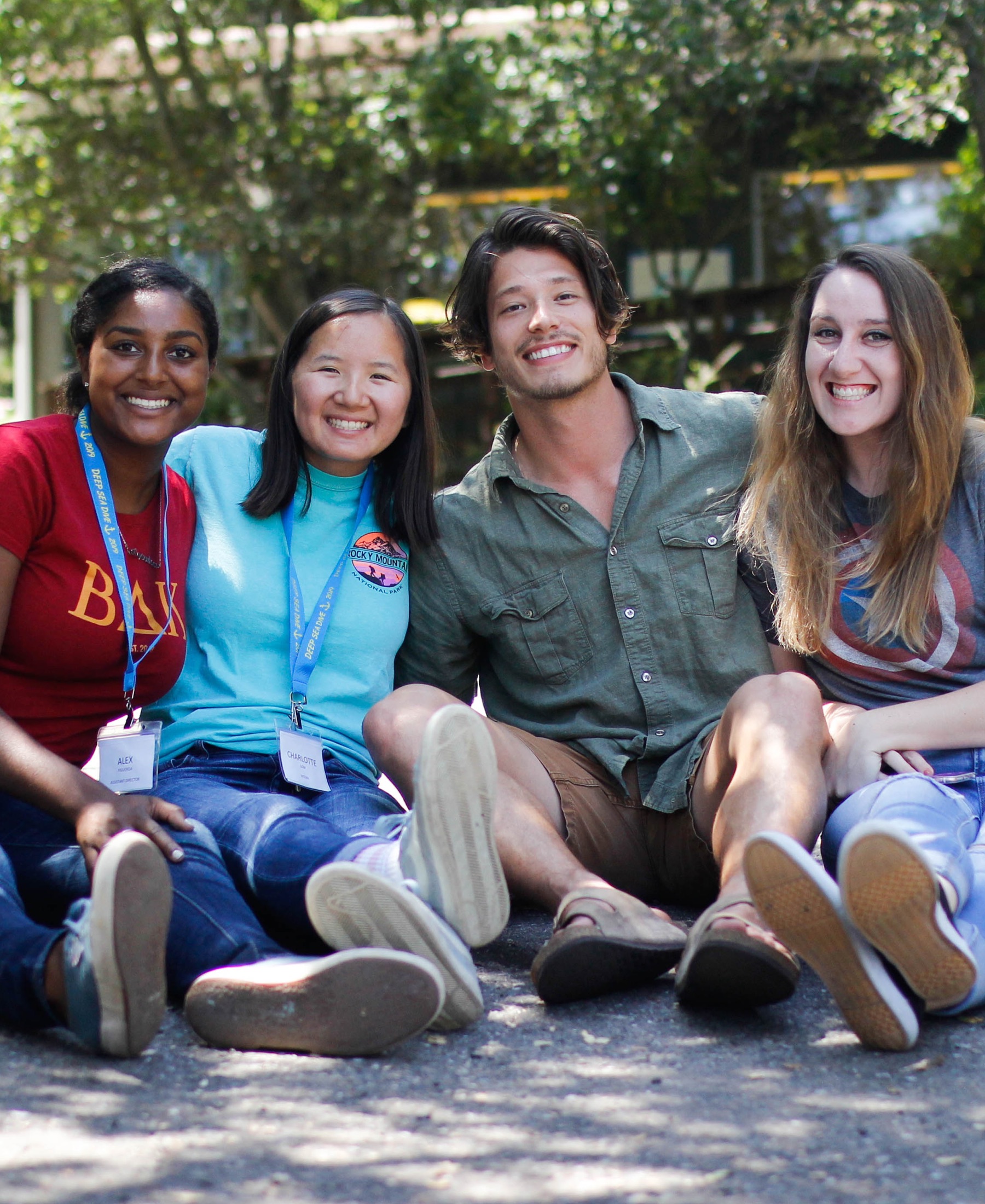 2019 Kids Camp was led by Heather and Alex (Directors) and Kevin and Charlotte (Interns). Here some of them share their experience of seeing God at work in the children from our community.

FCC Kids Camp has a very special place in my heart and has played a pivotal role in my faith. This year I had the wonderful opportunity to spend my sixth summer here at Kids Camp. It has been beautiful to reflect on the ways in which God has been working in our community each year.  When I think about how I saw God working this summer, I immediately look back to when I was in the sanctuary during Bible activity one day. Each group was doing encouragement tunnels where campers and counselors make two lines. Then, one camper at a time walks through the tunnel with their eyes closed as campers and counselors tap them on the shoulder and whisper encouraging words and affirmations to them. It was such a beautiful thing to watch a room full of kids genuinely encouraging one another. I saw them open their hearts to each other and to God. After each camper went through the tunnel, the leads asked them how it made them feel. I heard some campers say that it made them understand that they are a person in this world, that they are important, and that God loves them. Before leaving to go to the next activity, one of the Leads led all of us in prayer. I recall her asking us to look around us to find someone to put our arms around. Suddenly, before me was more than sixty campers and their loving counselors all huddled up with small groups around them in prayer together. This simple activity gave countless kids a powerful glimpse into how great God's love is for us. Seeing these campers light up as they were acknowledged by their peers was one of the many ways that I saw God's work at camp this summer.

Hello, I'm Kevin, I had the pleasure being an intern for Kids Camp 2019. I just graduated from University of California Santa Barbara this past year (so Go Gauchos!). I saw God move in so many ways during Kids Camp. In my own life, this has been an impossibly difficult year, and I've had to desperately cry out to God every day to be able to get through it. I saw Him move in so many amazing ways in my own heart, giving me the energy and His strength.

Beyond that, in the campers lives, especially Fridays, we had a Bible activity where the campers would be able to draw on these nice big pieces of paper things that they love, people that they love, but also things that they want help with from God.  Some of them opened up and, I mean, I cried with some of these campers and prayed over them and it was really good to see that vulnerability and that focus on God during that time. Also in the counselor's lives, really.  The week before Camp during training week I led all the counselors up that really big hill outside, and we prayed over the camp; we prayed over the city, and just to see their openness to invite God into this place that’s already His and to have our focus on Him for Kids Camp. It’s really amazing to see them be open and to push themselves spiritually in new ways.

And then lastly in the staff, Heather, Alex ,and Charlotte did an amazing job.  We all worked super hard and just seeing their gifts and talents that God has given them was amazing, and it was really great to see that.

Thank you for visiting FCC.
If you would like to get more information about FCC, simply select the button below. We love to hear from you.
INQUIRE
Thank you! Your message has been received!
Oops! Something went wrong while submitting the form.
Links
HomeEventsGiveResources
Address
4000 Redwood Rd.
Oakland, CA 94619
Contact Us
ph: (510) 531-5244
Email: frontoffice@oaklandfcc.org
Office Hours
9:00 am - 4:00 pm
Tuesday to Friday
Sunday Service Hours
9:00 am & 11:00 am
Cambodian Sunday Service Hour
11:00 am