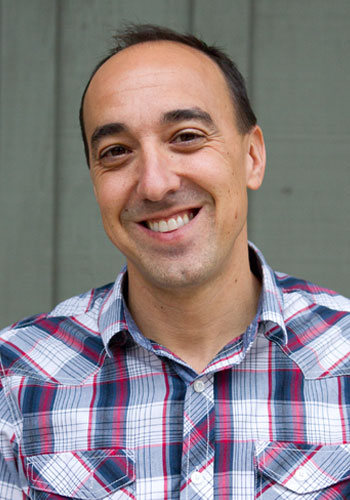 After six days Jesus took Peter, James and John with him and led them up a high mountain, where they were all alone. There he was transfigured before them. His clothes became dazzling white, whiter than anyone in the world could bleach them. And there appeared before them Elijah and Moses, who were talking with Jesus. Peter said to Jesus, “Rabbi, it is good for us to be here. Let us put up three shelters—one for you, one for Moses and one for Elijah.” 6 (He did not know what to say, they were so frightened.) Then a cloud appeared and covered them, and a voice came from the cloud: “This is my Son, whom I love. Listen to him!” Suddenly, when they looked around, they no longer saw anyone with them except Jesus.

This encounter is known as The Transfiguration. Some scholars see it as one of the five major milestones in the life of Jesus along with his baptism, crucifixion, resurrection, and ascension. While it probably does not get talked about as much as those other events, The Transfiguration is important in that it provides a link from two Old Testament pillars – Moses representing The Law and Elijah representing The Prophets – to Jesus.

We also get a classic case of “Peter being Peter” in this passage when he suggests that he, James and John ought to get busy chopping down trees and binding logs together to build three shelters (some translations say ‘tabernacles’ or ‘booths’) for Elijah, Moses, and Jesus. This is a ridiculous statement as Mark suggests in verse 6. But one reason why this was yet another example of Peter putting his foot in his mouth is because of what he had said in the previous chapter. While others were equating Jesus with Elijah or one of the prophets, Peter spoke clearly – “you are the Christ (or Messiah), the Son of the Living God.” Now he is offering to build three tabernacles, instead of just one for the Christ! Side note: I wonder how long it took for Peter, James and John to figure out who Elijah and Moses were? I doubt they were wearing nametags!

The encounter ends with Elijah and Moses disappearing while a voice from heaven reveals Jesus’ identity: “This is my Son, whom I love. Listen to him!” It’s hard to imagine how, after witnessing this spectacle, Peter could then go on to deny Jesus three times on the night he was arrested. But I imagine we have all had mountaintop experiences that we eventually come down from. I am grateful that God is patient with us, as he was with Peter. He not only accepts those who doubt into his kingdom, he chooses them to be leaders.