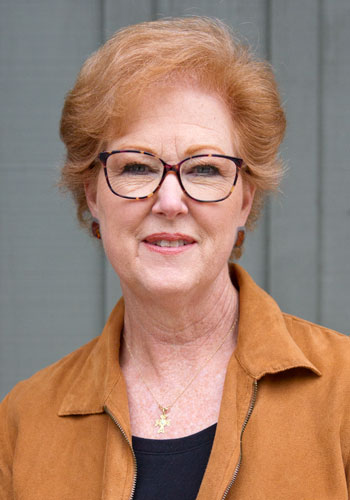 It is a strange time we are living in. I don’t know about you but I am getting a little tired of the word “unprecedented.” I much prefer the words “new” and “exciting” to unprecedented. Maybe like me you are finding yourself working in a strange place and learning new ways. I have turned a corner of our guest room into an office area. I do enjoy the non-commute but I miss my colleagues and I miss all of you! As I think of Phillip in our passage today I think he might have been facing some of the same similarities. He had left Jerusalem, fleeing the unprecedented persecution for being a follower and teacher of Jesus, and had gone to Samaria, a new place but a strange place. While he is there, he receives a strange call from God. Are we receiving a strange call from God right now? I invite you to consider how God works through Phillip and how He might work through you and I.

26 But as for Philip, an angel of the Lord said to him, “Go over to the road that runs from Jerusalem through the Gaza Desert, arriving around noon.” 27 So he did, and who should be coming down the road but the Treasurer of Ethiopia, a eunuch of great authority under Candace the queen. He had gone to Jerusalem to worship 28 and was now returning in his chariot, reading aloud from the book of the prophet Isaiah.

29 The Holy Spirit said toPhilip, “Go over and walk along beside the chariot.”

30 Philip ran over and heard what he was reading and asked, “Do you understand it?”

31 “Of course not!” the man replied. “How can I when there is no one to instruct me?” And he begged Philip to come up into the chariot and sit with him.

32 The passage of Scripture he had been reading from was this:

“He was led as a sheep to the slaughter, and as a lamb is silent before the shearers, so he opened not his mouth; 33 in his humiliation, justice was denied him; and who can express the wickedness of the people of his generation?[a] For his life is taken from the earth.”

34 The eunuch asked Philip,“Was Isaiah talking about himself or someone else?”

35 So Philip began with this same Scripture and then used many others to tell him about Jesus.

36 As they rode along, they came to a small body of water, and the eunuch said, “Look! Water! Why can’t I be baptized?”

37 [b]“You can,” Philip answered,“if you believe with all your heart.”

And the eunuch replied, “I believe that Jesus Christ is the Son of God.”

38 He stopped the chariot, and they went down into the water and Philip baptized him. 39 And when they came up out of the water, the Spirit of the Lord caught away Philip, and the eunuch never saw him again, but went on his way rejoicing. 40 Meanwhile, Philip found himself at Azotus! He preached the Good News there and in every city along the way, as he traveled to Caesarea.

The first thing I notice is that Phillip is in a “strange land” and then is called by God to go out into the desert! As if it weren’t hard enough…but then I remember that God has a habit of calling people to go to strange lands and of meeting people in the desert doesn’t He? We even know that He has repeatedly used both circumstances to then bring His blessings! I wonder how much Phillip thought about this as he answered God’s call and went. What about us? What might God be calling us to go to so that we can receive His blessing?

Isn’t it interesting that the Ethiopian was reading aloud, the custom of the day, so that Philip could engage him? Right now many people are asking the same questions, and have some common needs to some extent. It is easy to “read aloud“ what might be on people’s minds and call it out. It is easy to start a conversation on this common ground. Phillip started where the Ethiopians questions were. We can meet people where they are and journey with them. There is a natural question of “Who is in control?” We can bring compassion and wisdom into conversations as we claim that God was, is, and will always be in control; that He sees each of us and that He desires to reveal Himself to us. We can claim “I believe God is good and that He is working for His world” with honesty and humility while we listen compassionately to others.

We don’t know how long Phillip spent with the Ethiopian, but my guess was that he spent quite a while. I’ve noticed, and I have heard from some of you, that you are having more conversations with your neighbors, friends, co-workers. Some of you have been moved by the Holy Spirit to text someone, or pickup the phone and call someone, and you find out that it was at “just the right time.” In this restrictive time of SIP we seem to have a greater freedom to reach out. Phillip had restrictions and freedom, and God used both to accomplish His plans.

In Acts chapter 8 we have two Baptisms. Upon hearing about Jesus, both Simon and the Ethiopian professed faith. We read that Simon was an opportunist wanting to get on the “Jesus bandwagon” but not really desiring to live a changed life, while the Ethiopian, we later learn, probably became a missionary to Ethiopia. Was Phillip wrong to baptize both? No, our job is to bring someone to the “waters” of belief. It is God’s job to test the heart.“ People look at the outward appearance, but the Lord looks at the heart.” I Samuel 16:7 We can’t take on the responsibility for someone else’s decision but we can share the hope that we have been given. If there was ever a time that people in our generation needed hope it is now. Stating a simple hope such as “I have great hope that God is working to bring us all to a new place….” might be a solid option for you and I to use in advancing a conversation.

Finally, the Ethiopian went away rejoicing. God brings joy! We don’t know if Phillip got to see that. I would seem that Phillip was whisked away before he did, but others got to see the joy, and the Ethiopian knew the joy that was life changing for him. We may just be a “stepping stone” in a person’s journey toward a relationship with Christ. We know that this relationship brings joy. Why not risk sharing this potential gift of joy with those in your realm?

May God guide and direct each of us, and may we yield our will to His, now and forever!