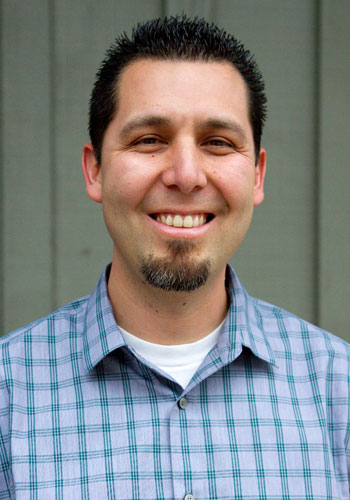 In the story of the early church, the movement of Jesus was growing quickly. It started with the primary culture, Hebrew-speaking Jewish people, in the city of Jerusalem, and then it began to spread outward to different nationalities and ethnicities in and beyond Jerusalem, just as Jesus predicted in Acts 1:8. This story that we will focus on demonstrates how that growth impacted the way the church would have to adjust to relating to one another as they went about their mission. The church had started a food distribution ministry for widows and their children because they were a particularly vulnerable group in the ancient Roman world. After some time, the Hellenistic (Greek-speaking) widows began to complain that they noticed they were being overlooked and the Hebrew-speaking widows were being disproportionately favored in the distribution. Take a moment to read this particular story and to see what the church did about it. We will reflect on some insights afterwards.

In those days when the number of disciples was increasing, the Hellenistic Jews among them complained against the Hebraic Jews because their widows were being overlooked in the daily distribution of food. 2 So the Twelve gathered all the disciples together and said, “It would not be right for us to neglect the ministry of the word of God in order to wait on tables. 3 Brothers and sisters, choose seven men from among you who are known to be full of the Spirit and wisdom. We will turn this responsibility over to them 4 and will give our attention to prayer and the ministry of the word.”

5 This proposal pleased the whole group. They chose Stephen, a man full of faith and of the Holy Spirit; also Philip, Procorus, Nicanor, Timon, Parmenas, and Nicolas from Antioch, a convert to Judaism. 6 They presented these men to the apostles, who prayed and laid their hands on them.

7 So the word of God spread. The number of disciples in Jerusalem increased rapidly, and a large number of priests became obedient to the faith.

Some Thoughts to Consider

First of all I want to point out that this problem was resulting out of something positive that we shouldn’t forget. Verse 1 says that in those days  “the number of disciples was increasing”. This is a good problem to have in the church. More and more people were coming to faith in Jesus and the church was growing quickly. When you ask most Christians, we would say this is what we desire. This is a good problem to have. The issue is that when a family grows rapidly, so can some of the new tensions in dealing with the new relatives. (Can I get an ‘Amen” here, anyone?)

Meeting the Needs of the Body

It was really special to see early on in the life of the church that the leaders agreed right away there was a need to share all things, care for the needy, and support one another. The decision to distribute food to the widows and their children in the church was vital and important in following the teachings of ancient Judaism and the reiterated message of Jesus to not neglect the orphan and the widow. This was special to see that the church had started a food distribution program as early as its founding. As you read on in Acts you will continue to see this as the spirit of community in the life of the church.

Discrimination in the Church

While the distribution was a great thing, along with the influx of more people it posed a new challenge. A large group of another language and culture was coming into the church. These were Hellenistic Jews who were Jewish by their nationality but Greek cultured in their language and customs. Many of the Hellenistic Jews had generations who had moved away from Jerusalem for decades or had ancestors who were not naturally born in Israel but still had a Jewish lineage. There were very likely several obvious noticeable differences in this people group from the dominant Hebrew speaking Jewish group perhaps including their language, accents, customs, food, worship practices, dress, and maybe even appearance. What happened over time was that those in charge of distributing the food to the widows began favoring (intentionally or not) the Hebrew culture widows over the Greek culture widows. This became obvious enough to get the apostles’ attention to have to do something about it.

Serving Food IS Ministry Too Acts - 6:2

This passage has often been terribly misunderstood by pastors and leaders in the church and I’d like to just make a note of this before going forward. The word “ministry” in this chapter is the greek word diakonia (where we get the church word “deacon” today). It simply means service. It can be used for all kinds of services rendered to others. It is used in this passage to describe BOTH the ministry of food (diakonia of tables in verse 2) and the ministry of preaching (diakonia of the word in verse 4). Some have misunderstood the Apostles here as saying the service of food is lesser than the service of preaching the Word of God. What the Apostles meant was they it would not be right for them to neglect their ministry role in the church just to cover for the problem that was arising. They didn’t mean to say that serving food was not important. In fact, it was SO important that it is called a ministry that required the leaders to be filled with the Holy Spirit and to be commissioned by the church. It’s important to understand the context of the word “diakonia” or “ministry” in this chapter. This means that some people were “Deacons” of the Food and others were “Deacons” of Preaching. And just as one more reminder of how powerful the word Diakonos is, let's remember the words of Jesus in Mark 10:45 “The Son of Man didn’t come to be served (diakonethenai) but to serve (diakonesai). Jesus came to “minister”, to “serve”, essentially to be a “deacon” to the world by giving his whole life for everyone!

The rest of the disciples, together with the apostles, decided that it would be good to dedicate a team of ministers to lead the distribution of the food in a way that was just and not overlooking this newer minority culture that was entering the church. So what did they do? They selected seven men from among the church.* But notice that they didn’t just select “any” men for this task, they had two very distinct qualities and this demonstrated a radical ministry strategy for a diverse church. First they were to be filled with the Holy Spirit, people who demonstrated a Christ-centered, Holy spirit life for God and people. The second quality is not as easy to notice until you focus on the names of the chosen men. All seven of the names of these men are of Greek-origin. It is believed that all or a large majority of them were from the very minority culture representing the widows who were being neglected in the food distribution. This strategy had powerful ramifications for the church on both levels. On one hand, the Greek-speaking widows’ concern of ethnic discrimination was immediately adressed as the food ministry team was now Greek. On the other hand, the Jewish-speaking Christians were visibly seeing the Greek-speaking minority-culture Christians* as equal members of the community because these deacons were publicly commissioned as leaders over the whole church.

[*While I wish they had also selected women for this ministry, I do want to point out how significant it was that in a male dominated society, these men were tasked with distributing food to marginalized women of the church.]

[*One of these minority christian deacons, Stephen, would eventually become one of the dominant voices in the church and ultimately be the first to give his own life for Jesus.]

The church continues to grow in surprising ways - Acts 6:7

This part of the story concludes by stating that the word of God continued to spread, more people joined the church, and even a number of Jewish priests came to faith in Christ because of the radical preaching and loving actions of the church. This demonstrates to me how God is at work in surprising ways when people humble themselves to listen to God and to one another. Instead of ignoring the problem or engaging in token actions, the church addressed the injustice with a radical Holy Spirit-focused strategy for the sake of those who were being neglected. This in turn, blessed the overall ministry and positively impacted the lives of more people of both cultures inside and outside the church.

Where have you felt overlooked or not fully noticed by other Christians? Let God know and also consider sharing with a Christian leader or Christian friend you trust.

What radical things could God be calling you to to respond to your own blindspots in relating to your brothers and sisters of different backgrounds? Take a few moments to ask God for courage and creativity.

Where might God want you to grow your own faith and passion for reaching more people for Christ? Pray for God to give you a renewed sense of mission and purpose in your walk with him.

What kind of “good problems” from growth do you want to see at FCC as more people come to know Jesus and experience transformation and healing? Take some time to dream of this and pray for it.

Thank you for your word. Thank you for the stories of the early church in all of its imperfections and problems. Thank you for the example of believers who were courageous, humble and spirit-led. Give us your eyes for all people. Give us humility to admit our blindspots and our prejudices. Give us a passion to see justice and mercy demonstrated in and out of the church. Give us a desire to see more people come to saving faith in you. Give us a holy imagination to pray, envision, and prepare for the growth that you want to see in our personal lives and in our church as you do the work of transforming more lives for your kingdom. Amen.